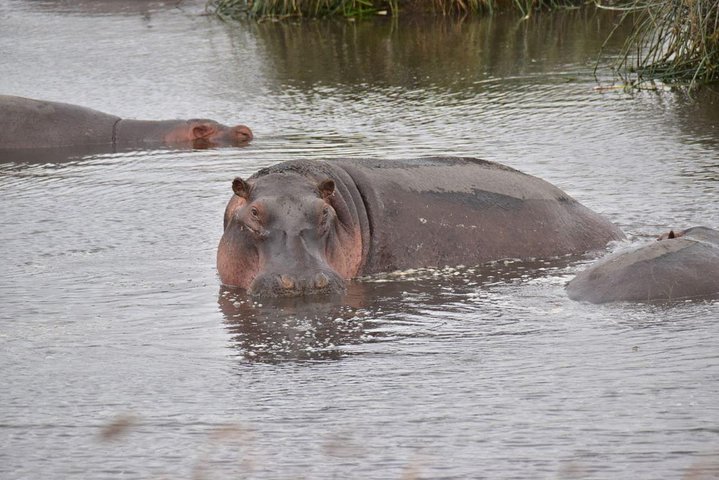 World-famous and unforgettable wildlife safaris on the World Heritage Sites of the Serengeti and Ngorongoro Crater, on secret locations taking you back through the history of humankind or on the road less traveled through southern game reserves. Check out the 3 examples below or see our full list of itineraries here.

Earth’s second greatest migration event is in one of Africa’s largest game parks, the Serengeti, a World Heritage Site. Watch the movement of more than 1.5 million animals, both predators, and prey on their twice-yearly migration. Contact us for timings, please. See itinerary here.

Mikumi National Park, Tanzania’s fourth-largest park. Ruaha National Park is drained by the Great Ruaha River. Ruaha includes the Usangu Game Reserve and wetlands added to the park in 2008. Udzungwa Mountains National Park has one of the highest rates of biodiversity anywhere in Africa, home to hundreds of species. See itinerary here.

“Alex and Bill over months worked out every detail all of which were fantastic. Alex’s depth of knowledge regarding the animals, culture, and parks was amazing. If you ever opt for an adventure of a lifetime do it with the best guide ever Alex, Baba Kilimanjaro. It was a pleasure to have met such wonderful people as Alex and his beautiful wife Agnes. Thank you for making this world such a better place. We enjoyed every second. This was beyond our wildest expectations!”

Up Close and Intimate.

See the ‘Big Five’ as you’ve never seen them!

What Should I Wear?

Tanzania finds itself 470 miles (750Km) south of the equator. From the end of November to the end of February temperatures can reach 35C. However, on safari, it will be a dry heat so light cotton would be best. Depending on the safari you won’t need heavy hiking boots either. Visitors are normally not allowed out of the vehicle inside the National Parks (there are lions out there!).

The keynote would be to dress for comfort but to also be aware of the need to cover oneself to protect against mosquitoes and other airborne flies. Your guide and driver are always on hand for the best advice.